The ultimate tragedy is not the oppression and cruelty by the bad people but the silence over that by the good people.

We heard the sad news of the demise of Tissa Abeysekara in 2009. He was a veteran film maker, versatile fine arts critic, brilliant writer, actor, academic and political activist. He excelled in many facets of film making and he was Sri Lanka’s finest, foremost and most accomplished screenplay writer( Nidhanaya, Welikatara etc.). He had a proven talent of writing both in English and Sinhala on any subject ranging from films, drama, music, poetry, Literary fiction, philosophy, culture, history or any social subjects. He made over 40 documentary films for the Government Film Unit before breaking through as a feature filmmaker with Karumakkarayo, based on Gunadasa Amarasekara’s controversial novel. This was followed by Mahagedara (1983) and Viragaya (1988), based on Martin Wickramasinghe’s novel, which was formerly thought unfilmable: Viragaya is considered one of the finest Sinhala films ever made. In 1996, his novella Bringing Tony Home won the prestigious Gratiaen Prize for the best piece of Creative Writing in English by a resident Sri Lankan. After his demise one commentator stated: “The void that he has left can only be understood if one looks at a washed away painting and understands and realizes that its beauty can never be glorified or recreated again.”

The death of Dr. Tissa Abeysekara leaves the inevitable question: are we doing enough to preserve the legacy of this man who was a journalist, scripter, filmmaker, actor, presenter, teacher, novelist and bilingual? Such virtuosos are not surplus in our country.

The following is a part of a message sent by Tissa’s American Publisher in 2009.

On April 18, Tissa Abeysekara — writer, filmmaker, actor — passed away in his native Sri Lanka from complications resulting from a mild heart attack, two weeks shy of his 70th birthday. We feel honored to have had the privilege of introducing Tissa’s poignant fiction to an American audience with Bringing Tony Home. Tissa will be missed by his family, friends, and readers.

The following memories and reflections were contributed by Mark White, Scala House Press.

The argument that what constitutes poetry is precisely what is lost when poetry is translated into another language is generally ascribed to Robert Frost. Until I had the honor of working with Tissa Abeysekara on the stories that would ultimately form Bringing Tony Home, I had always paid closer heed to the other half of that partial truth, that what constitutes poetry (and literature in general) is precisely what is saved in translation: namely, the poet’s and, by extension, another culture’s voice.

From my first introduction to Tissa’s work, what struck me most about his writing were the traits that we generally use to judge poets: his use of language, diction, syntax, and his ability to remain fixed on a detail — a piece of landscape, for instance — until he was satisfied that it was fully explored.

None of this is to say that his stories aren’t extremely moving on many levels: “Elsewhere” can be read as a severe indictment of Sri Lanka’s classist and patriarchal systems, and “Hark, the Moaning Pond ” is as powerful a myth-telling as I have ever come across. But for the most part it was less the terrain that Tissa covered than it was the language he used to explore that terrain that I found so affecting.
Randomly opening the collection, for example, I find this passage from “Elsewhere”:

It was dark under the rubber trees, and the sad whistle held until the Little Train came out of that gloom into the bright sunlight, and beyond the embankment on the left I saw a strip of paddy, a winding river of emerald green. On either side the undulating land was thickly timbered, and past all that and far away on the patch of blue sky there was a bluer shape like a brush stroke — Sri Pada, the Holy Peak — and it began moving with my angle of vision.

These two sentences are representative of the style he uses throughout all of his fiction. At their core, I believe, they reveal less a storyteller’s prose than they do a mirror to the movements of a mind. Like waves in the incoming tide, each phrase that Tissa employs, each fragment of thought, moves just beyond the previous one to cover the next piece of landscape, the next node of thought that he was exploring.

Tissa didn’t write to convey knowledge; his stories reveal a mind, nearing the end of its life, trying to make sense of everything in it. It was through language, through the distinct, undulating cadence of his sentences, that Tissa explored that mind.

And words. Like a poet, Tissa clung tenaciously to his words. A Sinhala writer who had adopted English as his “mother tongue” in the early 1960s, Tissa’s command of the English language was impeccable, and words were his blood. But of course he remained Sinhala, and Sri Lankan, and words like Amerikkan piti, banian, Gamage, hackery, niyara, Wesak, and so on, filled his prose. Most of Sinhala derivation, and some the legacy of Portuguese and British colonialism.

And nearly all of it “Greek” for Americans with little knowledge of Sri Lanka beyond news accounts of tsunamis or civil wars. So in the process of preparing the stories for American publication with Tissa, we were faced with the challenge of what to do with those words. While the meaning of most of them, in the context of their respective passages, could be inferred by a careful reader, there were many that I suggested we might consider “translating” for the sake of inclusivity. With not much effort, we certainly could have found “American” replacements that would have retained the integrity of the stories while making them slightly more accessible.

But in the end it was Tissa’s voice that won out — virtually every Sinhala or “colonial” word or phrase remained as he had originally placed it — and rightfully so. For it was in those words, I came to realize, it was in the precise details of his childhood landscapes that, if not his muse, then certainly Tissa’s identity as a writer, resided.

Sixty years into his life, as he set out to explore his memory through these beautiful stories, those words remained just as they were when he first experienced them as a child: Amerikkan piti, banian, Gamage, hackery, niyara. . . “Translating” them for the sake of “understanding” would have obliterated Tissa’s landscape, and with it, precisely what constituted his poetry. 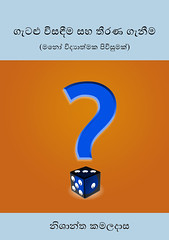 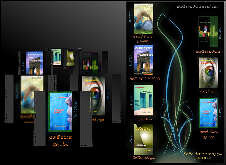 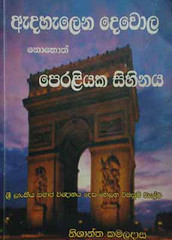 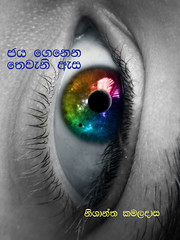 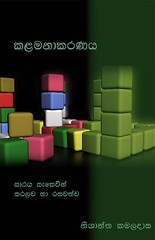 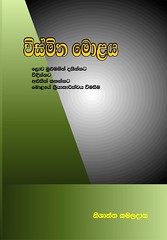 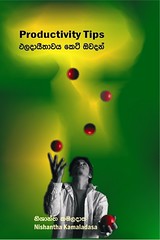 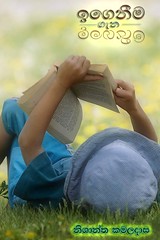